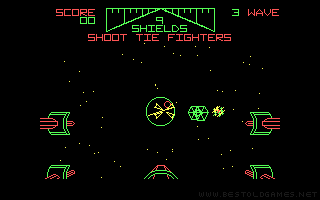 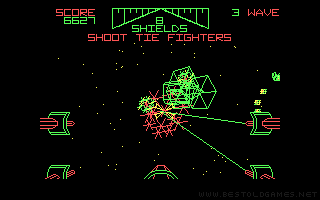 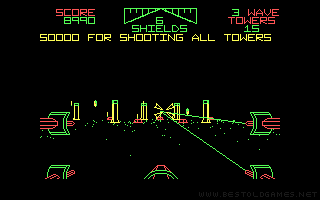 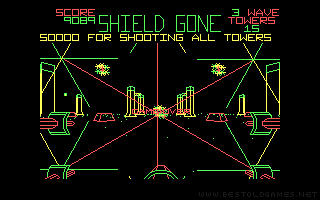 Star Wars cult culminated in the late 80s, when Star Wars were the best movie to see in theaters. Today we bring another game from this phenomenal world with a simple name: Star Wars (sometimes with sufix "The Arcade Game", as the game was designed especially for arcade machines, that were so popular at the time). Star Wars is a game with simple vector graphics, where you play the role of the main movie character from the first trilogy: Luke Skywalker. He rides his space fighter and go on various missions. In the first mission you will have to face Empire fighters, which you must avoid or shoot them down and you even cross the path with Darth Vader himself. Later you get near to the Death Star, which is protected by laser cannons. You must also shoot them down, or cleverly avoid them, so you can continue to the third stage of the game: shoot proton torpedoes into the unprotected exhaust port and so destroy the enemy space station - Death Star.