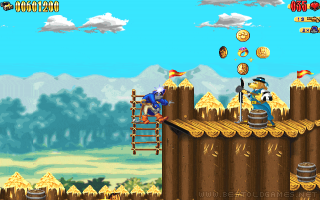 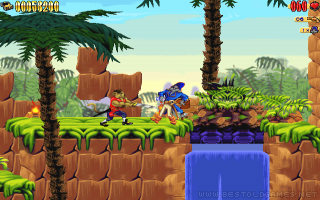 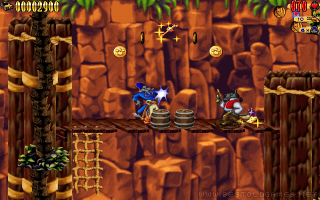 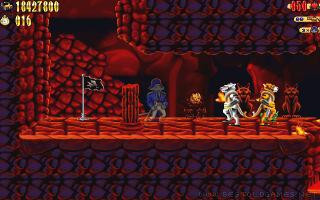 Two-dimensional platformers and jumping games were the dominant feature of the early 1990s. By the end of the 90's, the platformers were no longer interesting and every new hit had to be 3D. At the same time, 2D platformers are one of the most fun games, but every time demands its own, so gaming companies have moved in a different direction. Fortunately, there are a few companies that have not forgotten about this genre, and in 1997 Claw is published. The game tells the story of the pirate Captain Claw (claw), who is probably looking for the whole world, because a reward of a million gold coins is written for him. Even though he is caught, he manages to escape from prison. You take on his role and set out on a painful journey to find a mysterious amulet that has magical powers. The very character of the pirate in the game is clear that the story takes place in the past and the graphics of the game are adapted to this - corsairs, deaths, pirates with swords, dynamite, or some magic. The game has a total of 16 levels, each of which takes place in a different environment and thus differs significantly in terms of graphics. The interesting thing about this game was the presence of multiplayer, and as one of the few games in those years, the game had its own page with the current ranking of the highest score. The Monolith company certainly took a risk when it released this game at a time when 3D action shooters were already flying, but I did very well, I think, because there were still enough players who knew how to appreciate a beautiful platformer.

Garbage game. Unnecesarily challenging, I've played lots of challenging games before but here all the odds are against you, I can't take this game seriously as it doesn't have a real fan-base. None of the people actually "enjoy" it, they rely strictly on nostalgia. Bad mechanics, controls are broken, and it lags out mid-game. Shit game, glad it died out.