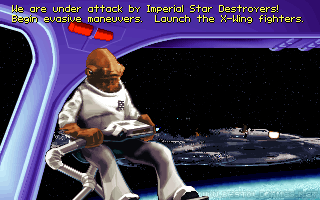 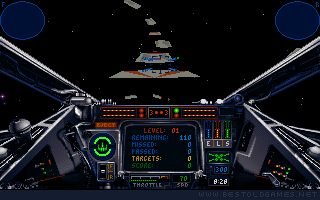 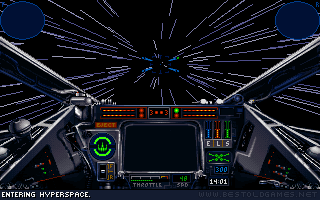 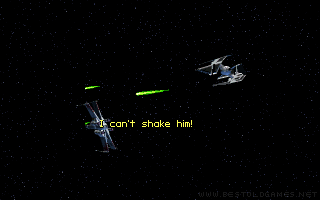 As we have often saw, making a successful game from a well-known movie does not always turn out well. However LucasArts is known for their high-quality games and it was very fortunate, they decided to make a game Star Wars: X-Wing, which is based on the film trilogy (at that time it was just a trilogy) Star Wars. Star Wars: X-Wing is the action space combat simulator of a rebel fighter, known as the X-Wing. The game begins with an impressive initial animation, which suggest the game will be a great experience. X-Wing provides a vast amount of space battles, which are faithfully processed based on the movie and really won't let you get bored. There is also a well known hyperjump, so you can leave the battle ship very quickly and move, for example, to the training ground where you can try out piloting one of the three available space fighters (X-Wing, Y-Wing and A-Wing). If you manage to get all the necessary knowledge and you learned how to pilot all the fighters, you can go to the real mission. The game provides many different action missions: from protecting friendly convoys, through persecution of enemy warships, to direct battles with the Imperial fighters and shooting down their bombers.