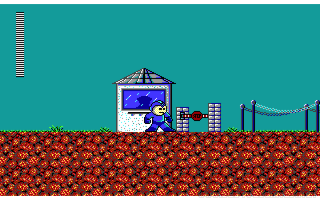 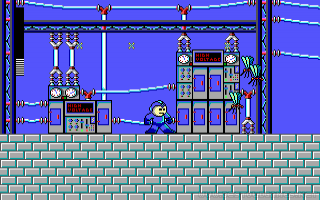 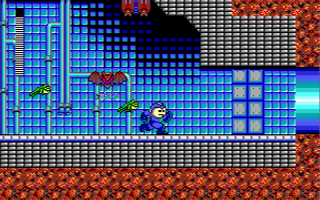 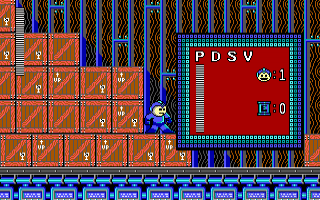 The game is a platformer from a sci-fi environment in which you control a blue something - Mega Man, who shoots at animal and robot enemies. The port of the console game Mega Man (from 1987) to the PC brought a number of changes and most of it for a worse, namely vague story background (Dr. Willy controlled almost all robots in the country and only one uncontrolled robot - Mega Man - has to stand up to robot bosses, Willim himself) and reducing the number of bosses from 8 to 3. Also in the original version of the game, more bonus items (Power-Ups) fell from the killed enemies. Another change in the PC version is a deterioration in graphics and also a worse control system. Due to the above, the PC version of Mega Man did not enjoy the same favor of the players as the console version, which experienced seven sequels on the consoles in the 90s.