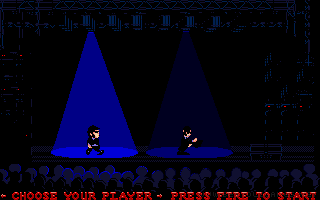 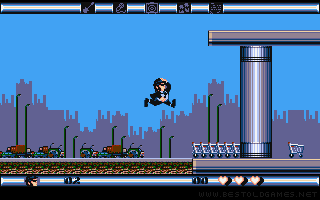 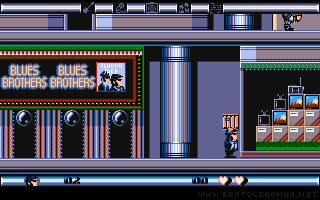 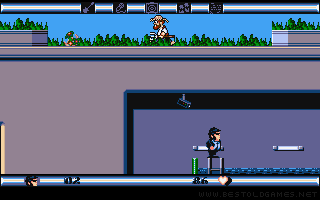 The Blues Brothers is primarily very well known blues band, which was founded in 1978 by John Belushi and Dan Aykroyd. The band was, among others, famous for their humorous skits on television and they even managed to turn their comedy acts into a film. The movie was also inspiration for this dos game. Like the band itself, and the film also perform here two characters - blues brothers Jake and Elwood. Are you can choose for which one you're gonna play, but it doesn't really matter which one you choose. The characters are identical, the only difference is their appearance - one of them is slim and tall, while the other one is smaller and bulkier. The objective of the game is to collect missing records and reach the exit of each level. Developed by Titus and it is very similar to a better known game: Titus the Fox. The game is not very innovative, compared to Titus there is nothing new, but nevertheless it preserves its amusing side, so you certainly will not be bored.

Bart vs. the Space Mutants