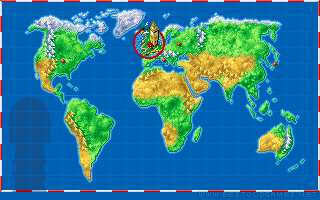 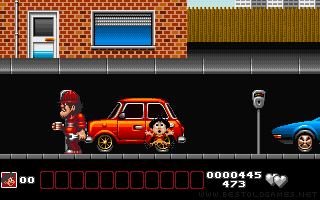 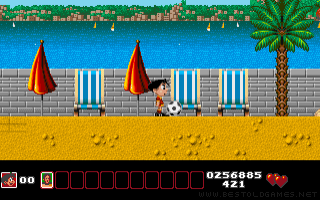 I like video games with the original story and FIFA World Cup 2014 is still ongoing, so I have decided to add another game with a football theme. It will not, however, be a simulation of a football/soccer, but a nice arcade, where you have to run - Soccer Kid. One day an allien, who was a big fan of football was passing the Earth. He saw that there is a World Cup, so he decided to expand his trophies and steal the World Cup throphy. He pointed a laser beam to Earth and started to attract the World Cup throphy. However, during the process, asteroid crashed into the throphy and broke the World Cup into a 5 parts, that has fallen back to Earth, on 5 different places. You, in the role of the main character - a little boy, have watched all of these in TV and because you love football/soccer, you can not just watch, so you grab the ball and went out to search for lost pieces. Since the main character is just a little boy, he can't use conventional weapons, but he uses his soccer ball. With the ball, you can knock down opponents, people blocking your way, but you can also stand on the ball to jump higher. I think it's a very nice game, suitable also for kids, who will have lots of fun.