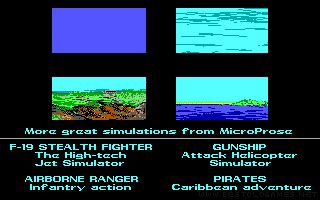 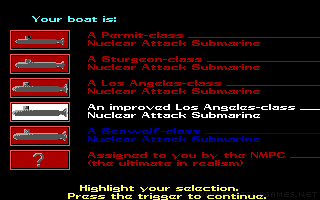 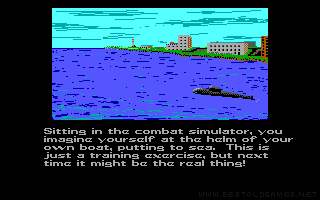 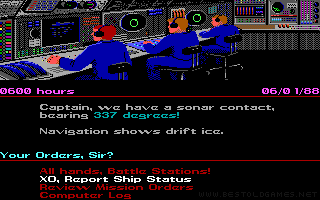 Tom Clancy is a famous world-known writer of spy novels. Many of his novels has been turned into movies and also there are many games based on his work. One of his best-known novel is the novel with the same name as this game: Red Storm Rising. The name of the game is taken from the secret Soviet plan to attack Western Europe. The novel itself takes place in many places, but the game focuses only on part of the book and specifically on the submarine war. Give games as well as books to take place in a fictional alternative reality when the Third World War broke out and you fight on the side of the Americans - NATO Against Warsaw Treaty troops. NATO needs to supply a great deal of material and people from America to Europe and they use ships and submarines for this. The Russians are also looking for ways into the Atlantic and at the same time they want to cut these American travel routes. This is where you get to the main role when you use a nuclear submarine to begin missions to protect transports. Game is very realistically processed, albeit a bit complicated to control all radars, sonar, torpedoes and other things, so it is necessary to read the manual properly.