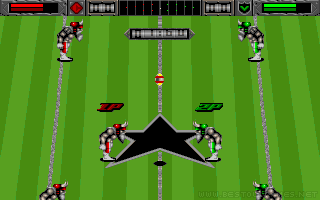 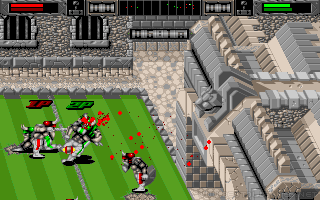 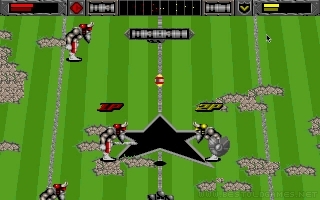 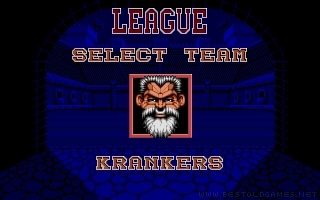 Brutal Football is a violent futuristic version of American football. Each match lasts 7 minutes and his goal is to get the ball into the goal. The oval ball can be thrown or kicked. There are eleven teams in the game, which are composed of both human and alien players. Some of the players also have special abilities. Victory can be achieved not only by goals, but also by crippling all opponent's players. It is possible to play a single match, a knockout cup or a league in which your team will advance higher (there are 4 available). Violence is a key element in the gameplay of this game - players beat each other, jump on each other, use different types of weapons, and even such an offensive head is no exception. Both bonus and ordinary objects gradually appear on the field to help or burden the player (bombs; a bunny that speeds up the player; a turtle that slows him down, etc.)