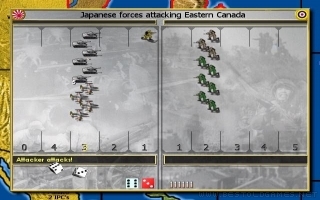 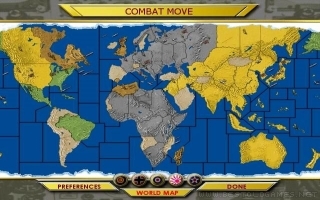 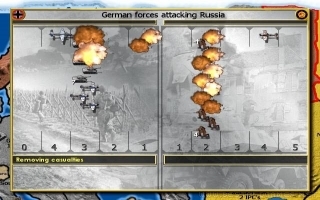 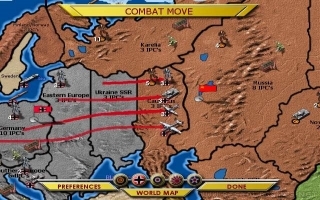 Axis & Allies is a 1998 computer wargame closely based on the Axis and Allies: Classic board game. Players take control of one of five world powers at the start of 1942 in World War II, grouped into the opposing factions of the Allies (US, UK, and USSR) and the Axis (Germany and Japan). Victory conditions are set at the start of the game: complete world domination, the capture of enemy capitals, or reaching a set level of economic power by the Axis. The game is turn-based, with the USSR turn first, and the USA turn last. Each power's turn of the game is broken into several phases. First is the research phase, where IPCs (a representation of industrial power) can be gambled in an attempt to develop advanced technology, such as jet engines or rockets. The remaining IPCs are then used to buy troops in the purchase phase. Troops are then moved in the combat move phase, and battles resolved in the combat phase. Non-combative moves are then performed in the non-combat move phase, new units are then placed at the powers' factories & IPCs for all territories the power now controls are collected in the place units/collect income phase and the powers' turn ends.