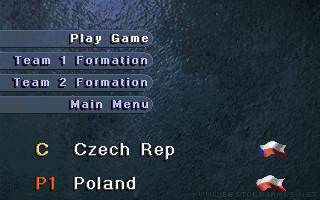 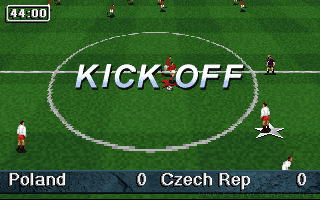 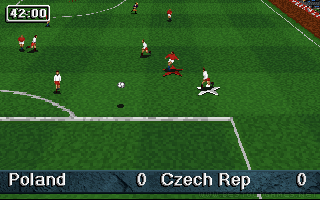 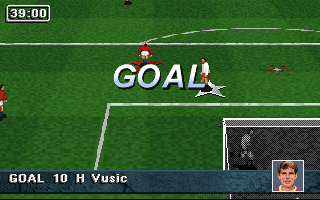 A football simulator, a sequel to Striker, released a few years later and preserving all the good stuff that was in the original, adding a lot of great news. There are more than fifty teams and clubs and more than five thousand players in the game. There are several game modes: training, friendly match and several variants of the championship (from the league to the world championship); you can also set the duration of the match - from two to ten minutes. Before you start, you can choose the country, team, uniform color and tactical scheme of this match. But if you don't like any of the suggested ones - then it doesn't matter! You can enter the name of your own country, create a team of any players you like, including personal ones, and you can even change the portrait of each player.

Each player has his own unique characteristics, which do not greatly affect his behavior on the field, but even if the footballer has little stamina, he gets tired much faster than the one who has this property - the main "chip" (and of course it is possible adjust all the characteristics, albeit within certain limits). Another pleasant element is the variety of stadiums where matches can be played. Most interestingly, however, the game even has a mini football mode, ie matches that take place indoors, where the rules, as you know, are a little different.

In short, it is truly one of the best medium-difficulty football simulators that every lover of such games should play.