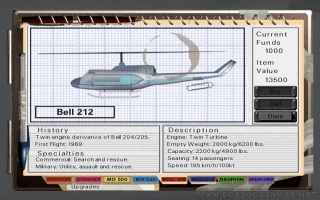 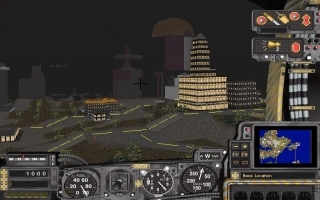 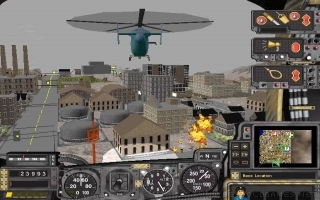 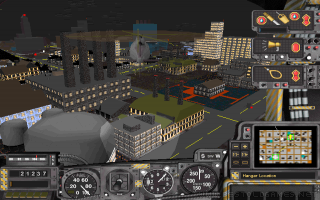 A helicopter simulator very closely related to SimCity 2000 (you fly in cities built in SimCity 2000), Will Wright's Experimental Game - SimCopter. You will be able to fly in the cities and perform various types of missions, from dispersing the protesting crowd, through extinguishing fires to transporting people to their destinations. 9 helicopters (Sikorsky S-300, Bell 206 JetRanger, McDonnell / Douglas MD 500, McDonnell / Douglas MD 520N, Bell 212 Twin Huey, AgustaWestland AW109, Eurocopter AS365 Dauphin, McDonnell / Douglas MD-900 Explorer, Boeing AH-64 Apache) provides plenty of entertainment, but in some places spoiled by the slight buzz of the game. Otherwise, to this day it is still the only way to fly in a self-built city from SimCity 2000. The game has a large number of tasks that can be performed more efficiently with the gradual improvement of your equipment and the purchase of new copters. In missions, conditions can be hard, so it often happens that the tower is severely wounded in the hospital and during the flight we put out the fire or resume traffic. During the flight it is possible to recruit several helpers (paramedic, firefighter, policeman .....), who can help you solve problems, but often the SO is almost a burden -  AI in the game was not well done.