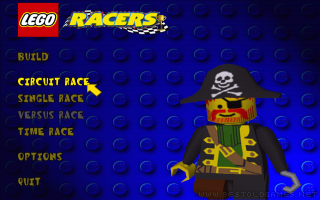 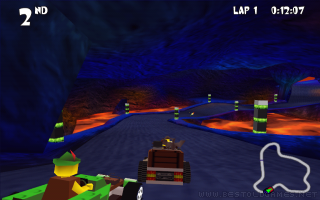 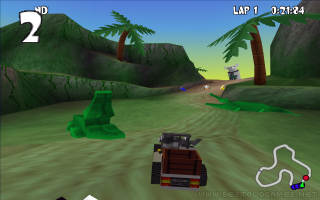 For the first time, build your favourite Lego carts on your PC using all of the blocks that are available in real life, thanks to the detailed Creation modes. You can then race your beast against other lego built characters in special themed tracks, based on the Themed Lego kits (including Pirates & Egypt and much more). Race your friend in split screen mode, or go straight on for the ultimate Lego racing trophy. The game consists of circuits, in each of which you will be welcomed by the main champion, who manages the circuit directly in a masterful way, but only until you start. After his defeat, you get parts from his car, which you can later combine in various ways and build a car according to your own ideas. On the track itself, you collect colored cubes, which give you various bonuses that diversify ordinary racing, such as acceleration, an oil trap or, for example, a cannonball, with which you can shoot your opponent. Sometimes you can find an acronym and increase your chances of winning.