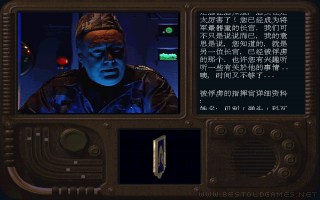 In 1997, strategy games were at their peak, practically not a month passed, so that an average of five new pieces did not appear on the pages of game MAGAZINES, which is something completely unimaginable for today. With such a number, it's no wonder that some of the games didn't get the kind of attention that would probably suit, and one of those games was KKND. KKND: Krush Kill 'N Destroy is a real-time sci-fi strategy set in a post-apocalyptic world. In 2078, practically all the nations of our planet have fought together for many years, and it was in this year that nuclear missiles were fired. The whole of human civilization was practically exterminated, and two communitioes arose from its ashes after the seven years. The mutated Evolved, the hedgehog remained on the surface - because they did not have time to hide, and the Survivors, who, on the contrary, managed to hide. Logically, these parties hate each other and want to end this dispute by eliminating the other. The first part of KKND was quite a solid financial success. Its creators have even released an improved version of KKND Xtreme, which works seamlessly on today's Windows 7 and sold in 20 new missions.