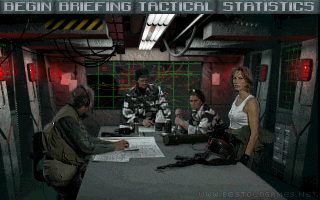 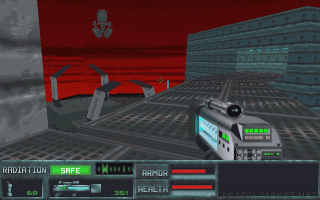 SkyNET was Bethesdy's final game based on a Terminator license. It was originally developed as a data drive for its predecessor Terminator: Future Shock, but during development it decided to become a standalone game. One of the noticeable improvements, this time was the ability of Xngine to display the game in a higher resolution of 640x480 (the previous game ran only in the classic 320x200). If you had Future Shock installed with SkyNET, you could also play the game in this new resolution. In addition to the new single-player campaign, new multiplayer options have been added.
Like any sequel, SkyNET had to show that it knew more. The player's task is to prevent the machine from launching the recovered nuclear weapon. More variable environments, day and night missions, as well as driving and flying machines. All this is offered by SkyNET, wrapped in feature briefings and usual acting performances, as was the case at the time.