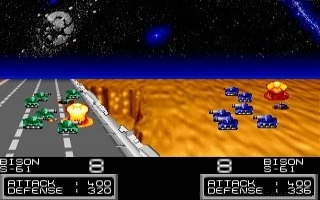 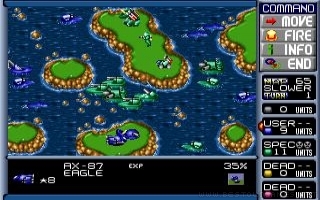 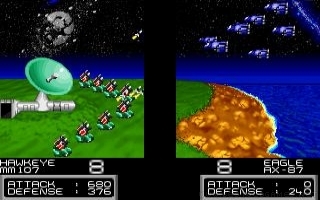 Do you still remember Battle Isle 1? So Nectaris is just a slightly simplified version of this very well-known turn-based strategy. The whole map is divided into hexes. On each one, your task is to destroy the enemy satellite, which is very well guarded. So you have to invent new moves and better tactics.

There are plenty of units in the game (each side has the same), from ordinary soldiers, through motorcycles to tanks to planes and warships. For each unit (after clicking on the info) you will find good, although in my opinion a bit confusing statistics. And in general, fighting between units is probably the most beautiful thing about the game. Your and enemy units will appear on one screen (the page that started the attack has an advantage) and the fun begins. The whole area of ​​the battlefield, including the units, is nicely processed, the explosion looks effective. The good thing is, when you attack from a distance, the enemy can not defend at all, because they will not shoot, this also applies to air units.

To begin with, I would recommend choosing a smaller map with fewer units and one enemy, making it easier to find your way around and finding out what the nuclei are for. Did I mention that the game is for up to four players on one computer? Such a mini war does not end only on the screen :-).