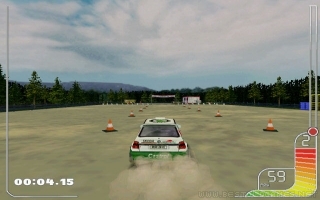 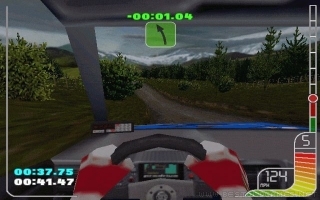 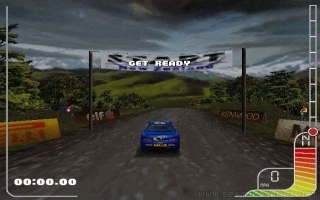 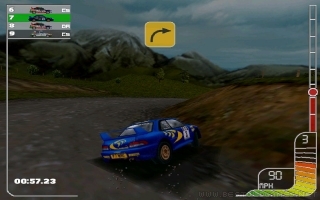 A very well-known series of racing games with a rally theme could be named completely differently. At the time the game was created, the main star of the rally was the Finnish driver Tommi Mäkinen, who at the time when the development of this game was coming to a successful end, won his third world title. It is rumored that the Codemasters negotiated with him, but as can be seen, unsuccessfully, so another excellent rider, the Britain's Colin McRae, lent his name to the new series with "only" one world title. As time has shown, this connection has proved successful. Tommi Mäkinen also finally released a rally game called Tommi Mäkinen Rally, but it was released only on PS and was far from as successful as the competition from Codemasters.

The game contains real cars and drivers from the time of its release, so it is possible to sit in the following vehicles - Subaru Imprezza 22B (real car Colina McRaee), Mitsubishi Lancer E4, Ford Escort WRC, Toyota Corolly WRC, Renault Maxi Megane, SEAT Ibiza Kit Car EVO2, VW Golf GTI Kit Car and finally also, which must please every person, to the Škoda Felicia Kit Car. The tracks were also inspired by their real models. These are Sweden, Greece, Indonesia, Monaco, Great Britain, Australia, Corsica and New Zealand. The PC version, unlike the one for the PS, also includes four extra unlockable tracks.