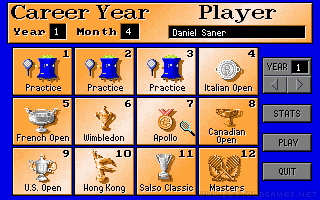 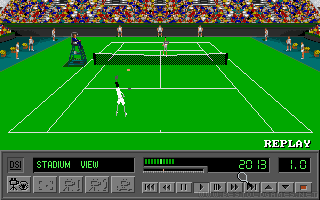 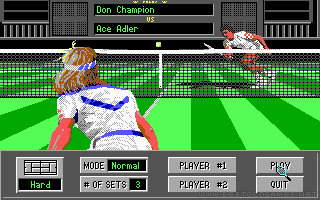 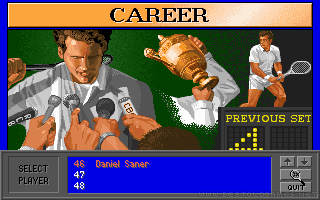 In the 90's, game makers were almost obsessed with 3D graphics, and everyone tried to portray the movement from the perspective of 1 or a third person in the 3D world as faithfully as possible. Mindscape decided to go even further and started releasing sports games that included the abbreviation 4D in the title. A view of sports from four dimensions. What was that proverbial fourth dimension? This was to give the player access to advanced replay options. We can argue about whether this is exactly what we can call the fourth dimension, but this is what this society has called it. The game as such is relatively simple, which will not infuriate you with either graphics or gameplay. Other tennis simulators from the 90's provided much more. A pleasant addition to the game is the possibility of a career, where you can create your own player, which you can edit and gradually move through the tournaments until you fight your way to the top of the tennis rankings.