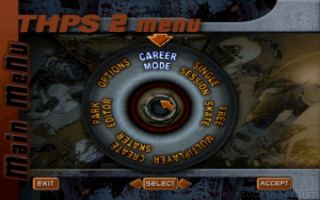 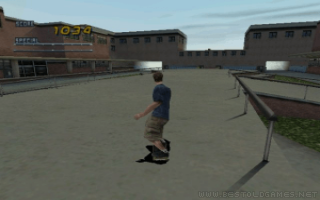 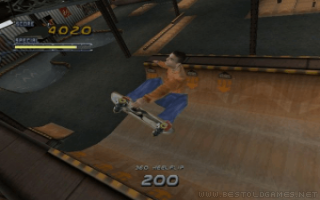 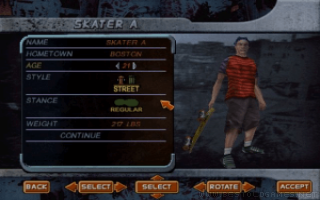 Tony Hawk's Pro Skater 2 is an arcade simulator of skateboarding, in which the main goal is to achieve the highest possible score within a fixed time limit using tricks and stunts. In career mode, which is the dominant mode of the game, the player goes through eight locations, some of which are fictional, others are adaptations of real skate parks and the rest draw from the real skateboard races. The game is controlled exclusively by the keyboard, you have to use the right combination of keys and the main goal is not to fall to the ground after you perform a trick.

In addition to Tony Hawk, the game consists of a dozen other professional or well-known amateur skateboarders, implements a large number of tricks, the diversity of which, hand in hand with their combination between impacts, has a positive effect on the score; some were transferred from the first part, many others, such as the so-called manual - balancing on two wheels - experienced its premiere only in this sequel. Skaters differ from each other in skill levels such as jump size, ride speed, turning speed, stability on the edge of the ramp, stability on the railing, etc., according to which they are divided into two specializations: ramps and street skateboarding.