BestOldGames.net » Unsorted games » Where in the World is Carmen Sandiego? (Deluxe Edition)

Where in the World is Carmen Sandiego? (Deluxe Edition) 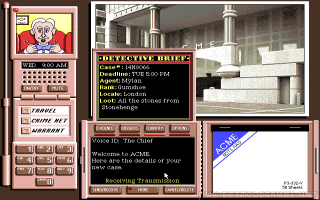 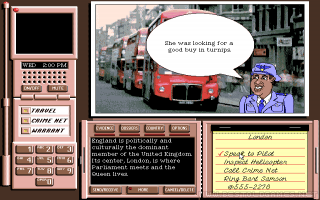 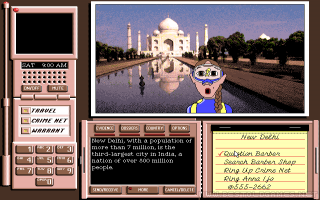 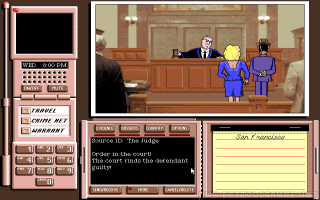 Great educational game about famous thieve - Carmen Sandiego got many continuation and expansion. Where in the World is Carmen Sandiego? (Deluxe Edition) is an extended version of the original game from 1985 - the first game of this game series. The main goal of the game has not changed: you're chasing various criminals (led by Carmen Sandiego) across the world. You work for a company named Acme and your mission is to hunt down thieves, who steal precious artifacts around the world. You have to identify them and eventually arrest them. Compared to the 1985 game, this version has better graphics, new user interface and many other improvements (including sounds and voice of several characters). You receive individual jobs from your boss, in Acme HQ and you must follow the clues and identity a criminal, his escape route from the crime scene around the world. In addition, the game seems to be much harder than its predecessor from 1985: you don't get straightforward clues, but have to use more deduction and your geografical knowledge.

Where in Europe is Carmen?

Where is Carmen Sandiego