Star Trek: The Next Generation - "A Final Unity" 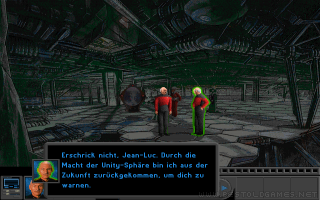 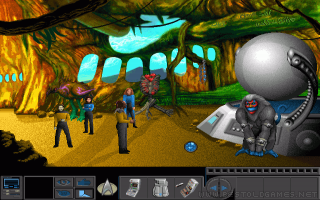 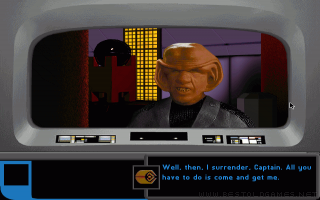 Star Trek is still a very strong brand and also a legend. In 1995 this adventure was released, which is not only based on the Star Trek universe, but you will immediately take on the role of members of the Enterprise under the leadership of Picard. It's quite interesting that when you ask about the famous adventure jewels of the 90's, most people automatically say those from Lucasart's workshop and Star Trek is somehow forgotten.

Everything was set up to resemble a Star Trek episode. The rendered prologue introduces the player to the story. Enterprise-D responds to an emergency call from a Gardian reconnaissance ship. After transport aboard and a small skirmish with a Garadian ship, we learn of the Fifth Scroll, which could ignite the civil war in the home world of the Garidians. But that's just the beginning of the whole story. Finding the scroll is just the first step to new information, which will gradually reveal the ancient civilization of Chodakov and a mysterious device called Unity Device. Not only the Federation is interested, but of course also the Romulans and some others.