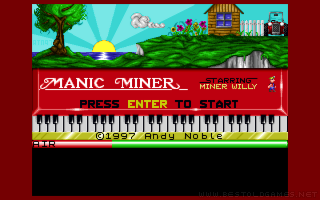 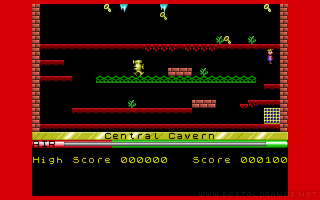 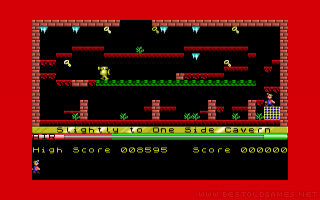 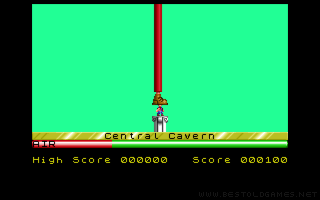 It is an unofficial port of the cult multiplatform arcade game, which was created in 1997 (the Windows port appeared a year later). The graphics are, unfortunately, significantly "complicated" compared to the original, but they still quite meet the old-fashioned standards - even though the design of the enemies has changed, which is frustrating. You will play as miner Willie, who discovered a network of caves with a lot of treasures, but also with monsters. His task is to move screen after screen in limited conditions and collect keys so that he can move to another screen via a teleport. Enemies are different in appearance and you can't fight them - just avoid them and get around them; fortunately, they move along strict trajectories and do not tend to chase you. In addition to the enemies, which are usually few on the screens, there are many different traps - from platforms falling apart underfoot to certain objects whose contact (as with enemies) leads to immediate death.