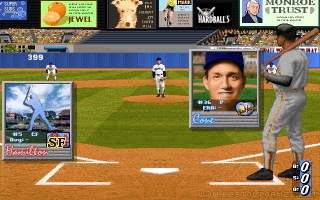 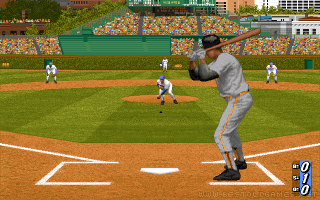 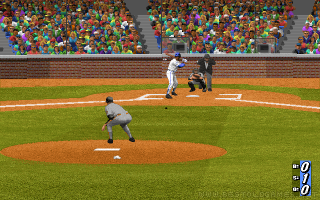 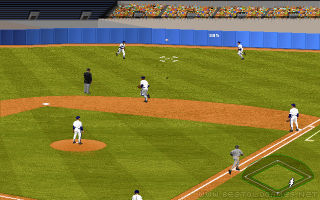 Baseball has never been very popular as a theme for computer games in the 80s and 90s. If, however, someone mention an old computer baseball game, many immediately think of the famous series HardBall from Accolade. Hardball 5 (or HardBall '95) was released in 1995 as the fifth installment of this game series, which has introduced many unique features that have since become standard in all baseball games. The game includes a complete management of players: individual players can be released from the team, send into a minor, or trade with another team. Although the game contains all of the teams of the season '94, team logos are not genuine, but are fictional. Moreover, the game contains comments from Al Michaels and also another league - the historic league, which is divided into Legends and Immortals - as the names suggest, these are the players who were legends in their time, or absolute selection of players who are immortal in the world of baseball to this day.