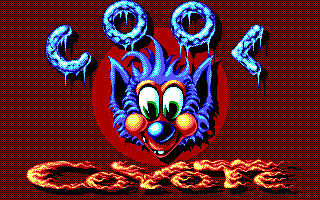 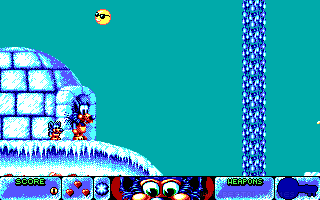 Fire and Ice is a classic hit'n'run platform runner with a coyote in the lead role. The main task in each level is to find the door and unlock it. Pieces of the key can only be found in enemies (eg birds, penguins, etc.), who of course do not just give them to you. It is first necessary to hit the enemy with an ice cube, which will not hurt him, but it will freeze him for a while. Then just touch it. Occasionally, some power-ups could be found in the game, such as a small coyote cub that was invulnerable and fired at enemies. Later in the game, you could also collect snowflakes, and after collecting a certain number, it was possible to freeze more enemies on the screen at once. The game itself is called Fire and Ice, but on the cover of the game is the name Fire & Ice: The Daring Adventures of Cool Coyote and in the main menu Cool Coyote in Fire and Ice ...