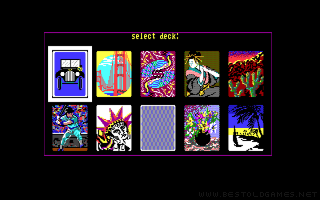 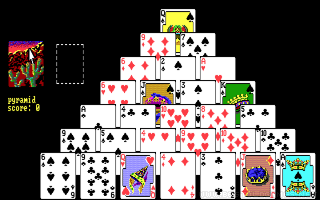 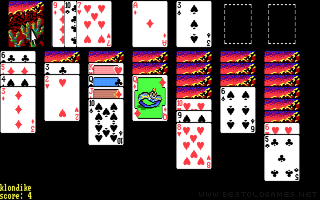 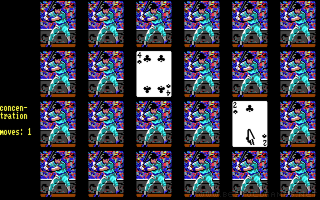 Solitaire Royale is a collection of eight solitaire games: 3 Shuffles and a Draw, Pyramid, Golf, Corners, Reno, Klondike, Canfield, and Calculation. There are also three children's games: Pairs, The Wish, and Concentration. Solitaire Royale is a computer solitaire card-game simulation. The game features colorful card-back designs, digitized sounds of cards shuffling, and eight solitaire games included. The game features a tournament competition where the challenge is to accumulate the highest total score upon playing all eight games in a row, with the two combatants receiving exactly the same deal. When a solitaire game is won, fireworks are displayed.

Quote from the main developer how he got the idea: "One night while my mom playing computer game my dad looked at me and said, "I'll never be addicted to a computer game!" The rest of the night all I could think of was what game could I create that would addict my dad? Then it dawned on me that he loved cards, I decided to put card solitaire on the computer. I went to my publisher (Spectrum Holobyte) with the idea...and the rest is history...computer card solitaire ultimately became "the most played computer game in history." That's a quote from Microsoft."