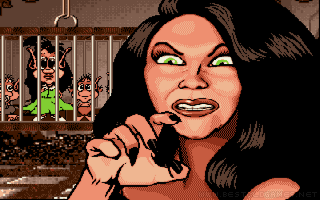 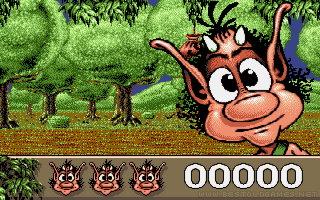 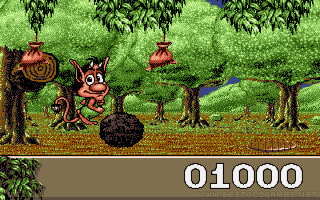 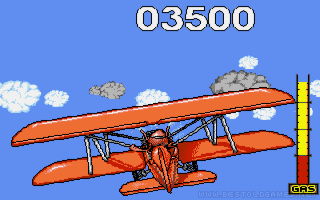 There are several Hugo video games based on early episodes of ITE's television show Hugo and are a part of the international Hugo franchise. From 1992 to 2000, ITE developed and released versions for Amiga, Commodore 64 and PC, as well as for PlayStation consoles, exclusively for European markets. The evil witch Hexana kidnapped Hugo's family and he has to rescue them. This game contains five ported levels from the popular TV show. In every playthrough you have to beat three levels which you choose beforehand. Because the levels were created for a TV show were you had to control Hugo with your phone buttons, the controls are simple: Depending on the level there are just two or three buttons to press at the right time.